Information and resources about diseases and needs that MSF responds to
in the field and that are linked to disabilities. 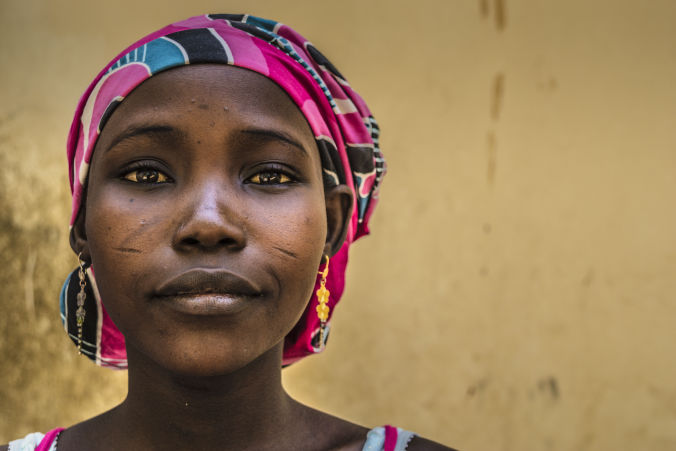 Invisible disabilities are conditions that interfere with day-to-day functioning, but are not immediately apparent to others. A major challenge faced by those with invisible disabilities is lack of timely diagnosis and basic understanding. When the symptoms of a disability are hidden, it becomes even more difficult to explain and justify specific needs of the person, who may be suffering in silence and unseen. 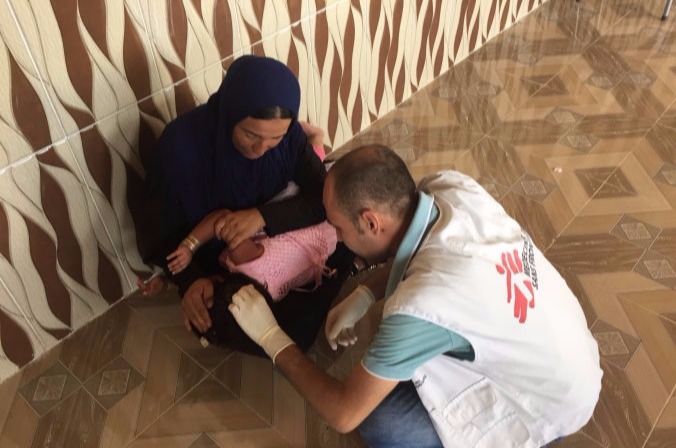 Epilepsy is a disabling and highly stigmatising neurological disease that affects about 50 million people worldwide. 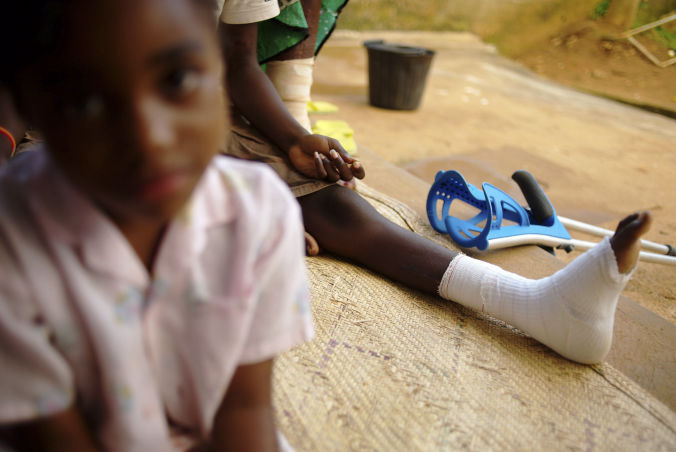 Buruli ulcer is a chronic skin infection causing large sores that are extremely difficult to heal and can result in severe and permanent physical disability. It mainly affects women and children in rural communities living close to slow-moving or stagnant water. The disease has been present in over 30 countries in Africa, South America and the Western Pacific region, but it stays on the margin of the public health agenda.

In disabilities, what is essential is often invisible to the eye 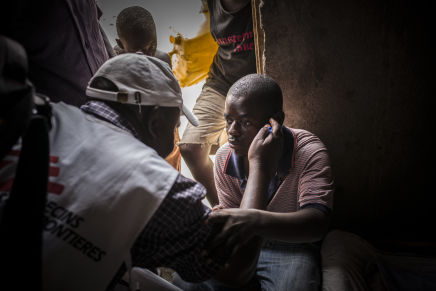 What are invisible disabilities?
The term “persons with disabilities” refers to those who have long-term physical, mental, intellectual or sensory impairments, which in interaction with different barriers may hinder their full and effective participation in society on an equal basis with others [1]. Invisible disabilities are conditions that interfere with day-to-day functioning but are not immediately apparent to others [2]. According to the World Health Organization (WHO), 15% of the world’s population lives with some type of disability. Most persons with disabilities do not use a wheelchair or any other support that would signal their impairment. 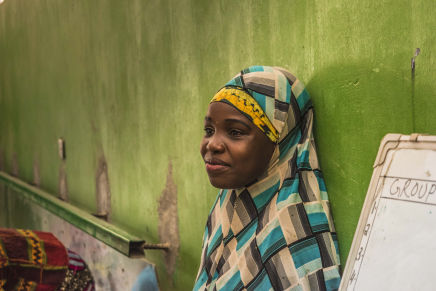 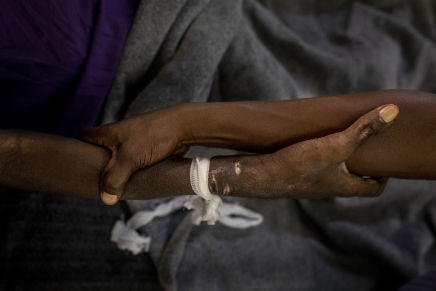 How are persons with invisible disabilities medically treated?
Invisible disabilities can be difficult to recognize and diagnose, which turns treatment into a challenging process. While they are often miscategorised and neglected, it is possible to manage their physical manifestations with the help of a doctor or a psychologist and adequate medication. Due to stigma and ostracism, many people with invisible disabilities receive wrong treatment, focused on “curing” the individual rather than on addressing their needs, whether medical or social, and improving their quality of life [3]. This happens because of misinformation and misconceptions present in many communities, where disabilities are seen as a disease or a burden.

What are the challenges?
Key challenges faced by those with invisible disabilities include lack of understanding and timely diagnosis. When the signs of disability are not apparent, the symptoms manifest themselves only occasionally or the condition requires a thorough and costly diagnosis, it becomes difficult to explain and justify specific needs of the person, who may be suffering in silence, unseen. Many struggle to have their disabilities recognized, as these invisible conditions are likely to be considered temporary or dismissed altogether. The invisibility of the impairment combined with limited insight into its causes and nature can create a strong stigma. This may further block access to health services or equal participation in the community [4]. Persons with invisible disabilities can be denied autonomy; some of them, labelled as mentally ill, are institutionalised or subjected to involuntary sterilisation [5]. Even if the community recognizes an invisible disability as a disability, the affected person can still face exclusion, since in many societies, disability continues to be perceived as inability: to be independent, to work and earn a living, to be a valuable member of the community. 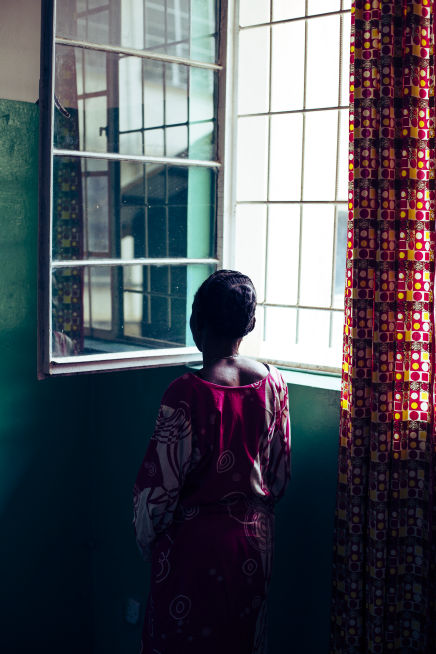 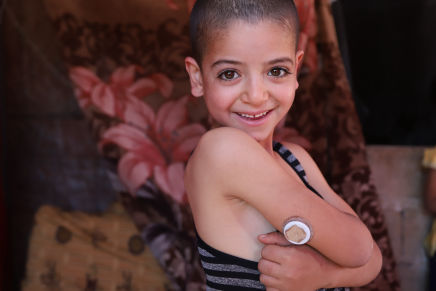 How does treating persons with invisible disabilities fall into the scope of MSF work?
Our teams provide medical care for patients with invisible impairments and difficult or rare diagnoses.
An important part of this work is done in settings where invisible conditions are not recognised, deemed inexistent or imaginary, or associated with a strong stigma.

• We work with patients affected by chronic diseases.
• Our teams treat consequences of reproductive health complications, including fistula and unsafe abortions.
• We address mental health needs of populations, treating victims of torture, refugees haunted by traumatic experiences or stuck in a limbo, and advancing community approach to lift the stigma and approach more people.

[1] UN Convention on Rights of Persons with Disabilities.

An invisible and stigmatising neurological condition

Epilepsy is the most common neurological disease, affecting about 50 million people worldwide [1]. It manifests itself in re-occurring seizures that can involve loss of consciousness or of control over bowel and bladder functions [2].

How is epilepsy disabling?

Due to consistent seizures, it may be difficult to maintain a job or complete activities of daily living. People affected by the disease may struggle with independent mobility, bathing and feeding [3].

How is this relevant for MSF?

Nearly 80% of those affected by epilepsy live in low- and middle-income countries, and 75% of people within this group do not receive the treatment they need [4]. They face stigma due to misinformation and entrenched beliefs that link the disease to curse, possession by evil spirits or witchcraft.

The disease is not curable, but 70% of people living with epilepsy could live seizure free if properly diagnosed and treated (WHO, 2019). 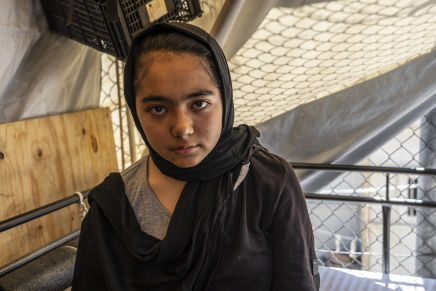 Persons with epilepsy can also become too shy or embarrassed to seek medical assistance, which is critical to ensuring treatment needed to make them seizure free. This creates a vicious circle, with stigma blocking access to care, which in turn aggravates the symptoms and reinforces the stigma. Patients who do access health services may still feel reluctant to disclose information about their disability to others – including medical staff – for fear of judgment [6]. Ensuring that patients feel comfortable to share information about their disability and making simple accommodations to respond to their specific needs can greatly reduce barriers to health care.

Accommodations for persons with epilepsy
There are no blanket accommodations for patients with epilepsy, as the disease strongly varies in symptoms and severity. It is crucial to discuss what accommodations an individual may need, in order to determine how to best support them in achieving things to the best of their abilities. One example would be providing both written and verbal instructions to persons using medication that may affect their memory [7]. What is most important is to create a safe space for patients to speak openly about their disability and express their needs. 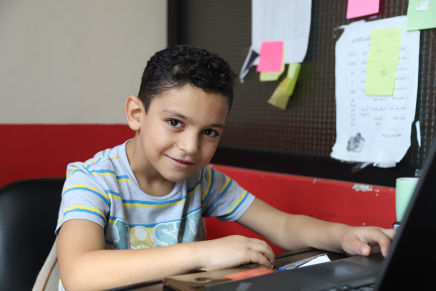 [3] University of Iowa (2007), Katz Index of Independence in Activities of Daily Living (ADL).

Buruli ulcer is a chronic skin infection, which causes large sores that are extremely difficult to heal and can result in severe and permanent physical disability [1]. It mainly affects children under 15 years of age and women in poor, rural communities living close to slow-moving or stagnant water, such as lakes, ponds and swamps [2]. The disease has been present in more than 30 countries in Africa, South America and the Western Pacific region. In 2018, 2,713 cases were reported, an increase from the previous year. The number of cases might however be underreported, as only 14 countries regularly provide data on Buruli ulcer to WHO.

Like tuberculosis and leprosy, Buruli ulcer is caused by a mycobacterium – in this case, Mycobacterium ulcerans [3]. It cannot be passed from human to human. Although the bacterium has been known since 1948 [4], we still know very little about how it is transmitted and how the disease progresses once a person is infected.

Because of this limited knowledge about the origin of the infection, some communities still believe that it is a curse. These beliefs lead to stigma and exclusion and are among the reasons why people affected by Buruli ulcer wait to seek health care until they are in an advanced stage of the disease.

It has been established that HIV is more prevalent among persons with Buruli ulcer. In Cameroon, the rate is 5-6 times higher compared to the general population. The HIV infection also makes ulcers more severe and persistent [5].

Shedding more light on this neglected disease and strengthening efforts towards prevention and timely treatment may help many vulnerable people, most of them children from rural communities, to avoid disfigurement, lasting disability and life in exclusion.